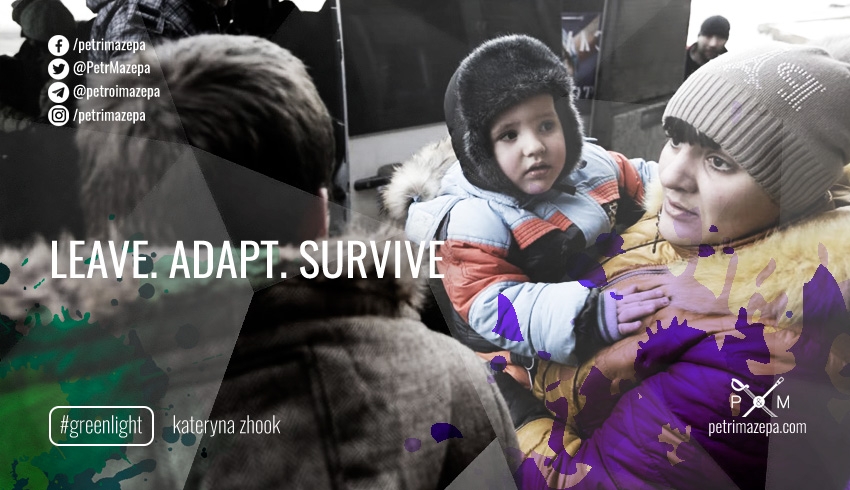 I visited a distribution hub for clothes, food and medicine in 2015. The internally displaced people crowded around opposite the gates waiting for its opening, whereas the Kyiv residents delivered all possible packages of treatment to a special window. Both parties sometimes came as whole families. Afterwards, they went away - some to their homes, and others back to the temporary camps, friend’s or a rented corner. Though, they continued to listen and read the hostility annals being afraid to hear not only about the Ukrainian army losses, but also to find out news about destruction of own house left in Donbass, or new invader’s legislative initiatives in Crimea.

The most vulnerable were the elderly people, large families and single mothers. This article is about them.

'Now I wouldn't let my family sleep on the floor'

- I don’t know how I would ride away now. Six years passed, and my priorities changed. For me nothing is more important than family, but my activity clearly endangered their life and health. And I wouldn't let my family sleep on the floor even today.

Sayle Ilyasova, aged 24, together with a 4-year-old son and an elderly mother ended up in an apartment being given refuge at friend’s place in Kyiv. A flat was being renovated and no furniture appeared there. Asya (ed. - Sayle) continued receiving the same blackmailing SMS and calls as before moving to mainland. It forced her to stuff everything that could fit into a friend’s car and quit cold a week ahead the referendum. However, her story did not end by moving. Sayle had experience in media sphere and fortunately, used some affiliations left in Kyiv. Nevertheless, her ex-husband managed after the divorce to grab even his son’s high chair.

- Crimea had reminded me of Abkhazia when I went filming it those times. Everything seemed to have died out.

The mainland Ukraine met her family with suspicion. Whereas the Russians patrolling all the entrances and exits from the peninsula let the resettlers pass through immediately, the Ukrainian border guards appeared differently. They forced people to get out of the cars, frisked and questioned for a long time. It should be mentioned that Russian equipment has already been trucked into Crimea, military units and weapons are being seized whereas Ukrainian flags are being removed. However, the lion's share of attention goes the other way. Crimean Tatar woman with her mother and a small child are trying to escape from the occupied territory.

Since February 2014, Sayle has been connected to the Zello system, which united activists without wiretapping calls by the special services. The same system was used by Maidan activists to coordinate efforts and transmit operational information about the street blocking in Kyiv.

Looking back, Sayle sees adolescent maximalism in her previous actions. Despite having the child, mother and responsibility for life and finances, her priority became to fight against aliens. Each history of national minority keeps a memory about the Genocides. If Jewish children grow up on stories about the Holocaust, Armenian ones on the Turkish massacre, the Crimean Tatars perceived this seizure of Crimea as another attempt to push people again in "teplushki" (ed. – cattle trains) and deport them to the concentration camps.

Therefore, Sayle forbade her mother to watch the news. She teamed up with other pro-Ukrainian activists and rushed to collect and transfer aid to our military and their families throughout Crimea.

- Post office employees seemed to turn us in when I received a package with body armors and other equipment. I passed the secret police to enter a military unit as a girl meeting a boyfriend and carrying a parcel. After visiting the post office once again, threats abruptly began.

Then appeared moving to Kyiv. Sayle started working in Krym SOS (ed. – Crimea SOS) in 2014. Pleas for help did not stop, but woman decided to share her work experience. It could be efficient to others.

Being unable to sell property in Crimea, having a blocked bank account by PrivatBank like other Crimean migrants, Sayle searched for a job among her community – it was KrymSOS, then ATR TV channel. Losing firm ground, there comes a huge desire to stick to own national roots, though she had to move on further. 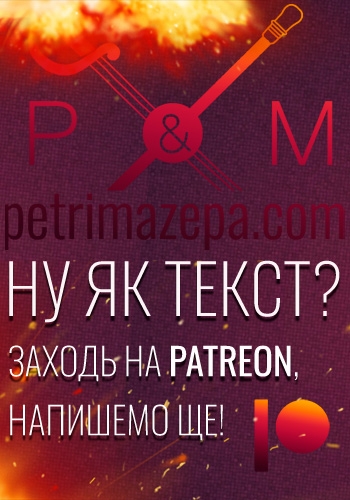 'Someone feeds you, gives clothes and shoes. and you accept it all because you can't make money on your own'

- On April 15, 2014, I ended up in a camp near Kyiv, a base location for internally displaced people. My world turned upside down. Quite recently I had everything - home, work, friends. You know I am active enough, and now here left nothing. Someone feeds you, dresses and puts on shoes. Unable to earn money on your own, I was forced to accept this help. Moreover, I remained alone with a daughter in arms, aged only 3.5 years old.

Her husband was the first to leave. Having settled easily in a refugee’s camp in Letki village near Brovary, he made Zakhida to move as family should be together. Meanwhile, referendum had already taken place in Crimea. Though a comfort work at school no longer seemed realistic for a pro-Ukrainian woman. Zakhida really desired to continue living and working as usual as always. But she ultimately encountered a forced inaction which had to be taken for granted.

Her spouse could not stand the changes. As often happens in moments of cataclysms, the family began to break up, and the husband came to deceive a wife. Zakhida found out about happening six months later. During the divorce, once I received a message from an unfamiliar phone number. It said, "Call Mom." A former neighbor told later that my father kicked mother out of the house. Barely moving after a brain hemorrhage, my mother somehow reached a neighbor’s place. I had to do something.

In January 2015, Zakhida managed to transport her mother to Kyiv. However, appeared new challenges such as problems with health, insane expenses on treatment, nursing mom, then dealing with papers, documents, and registration. In addition, personal health problems appeared as well.

- I thought if I sat down, cried out and screamed, finally nothing would change. Therefore, I said screw it and entered a PhD program.

'He understood everything at the age of 4, I don’t know how and why'

When collecting our stuff, my son Yan told me: “Mom, let’s take my new Lego. We will sell it later if there is no money." He, aged 4, understood and reliased everything. I don't even know how or why, but we abandoned that constructor as nowhere was to put it.

Masha left up Donetsk by last train. She and her child had already spent a month being scared to go outside by then. Her boyfriend broke the news as follows: "Today armored people with guns came to our theater". Even getting to the train station was a living hell for them. Transiting the Donetsk region, Masha thought all the passengers might be either dropped off or banned to further go on, or officers could take away small belongings. Most of all, the woman frightened of not being allowed to start her life from scratch.

Finally, it turned out to break out. Masha was sheltered by friends in a small bedsit. It was impossible to live that way, and a month later a woman rented the first apartment on her last few cents. Unfortunately, it didn’t prevent her family from a quick break up. Where our female character saw opportunities, her husband noticed only difficulties. Anyway, everyone went to solve issues in its own way.

All this time, the landlords’ attitude was aggressive and unpunished. Within three years I had to move and change schools for four times. Nobody was pleased to deal with Donetsk people, especially if they had children. In addition, school met my first grader worst of all.

My being a special educator came in handy. Masha literally cleared up TV news. Not only classmates, but also teachers told her son fakes about the problematic Donetsk citizens and brand-new arrivals. The stories about financial assistance to resettlers only fueled hatred among non-refugees. Masha continued working and looking for money. Once she even tried to refuse compensations, just not to fill out a number of documents taking time and nerves.

- What is 440 UAH to me? I have to cover a rented apartment, food expenses and utility services payments. It was not enough. Everything else seemed to be a time waster. I had a lot of plans and work to finish, but the social service officers literally talked me out of it.
I was both a journalist, a teacher, and a psychologist. Masha multitasked. She got tired and then decided to move in another direction.

A Matter of habit

I'm not a victim of circumstance

In 2014, Zakhida gratefully accepted help from Sayle living at the refugee’s camp. In 2019, Masha photographed both Samira, Zakhida's daughter, and my daughter Mara for a school album.

Thin and tiny Saile still looks like an 18-year-old absolutely not coming across as a mother and a family’s head. At first glance she looks irresponsible. Now Sayle has construction works in her future apartment near Kyiv and has already saved up for a car. She is also a mother of two children. Searching supporters brought a girl to meet up with her daughter’s father. But there were no happy ends. Even today she alone takes care of family. The child's father abandoned accepting any responsibility. His commitment did not call for providing any financial assistance.

Sayle has a small production of advertising knitwear. Luckily, the quarantine didn't scare her. “We started to make pretty masks and re-equipped the way of production. Someone sews at home now, but everyone receives some money. How could it be otherwise?” says Sayle.

Legislation hinders her rather than helps. Her mother has never got her pension as it causes a range of problems and takes much time to register. Sayle was issued a refugee’s certificate just before daughter’s birth in order to be accepted to the maternity hospital and later to receive a birth certificate. By the way, returning to Crimea is definitely closed for her, not so much technically as morally.

Masha graduated from the photography courses. She bought equipment on first-earned money, and for a year has been freelancing as a photographer. Everything works out. Yan has found both a normal school and friends and he plays chess.

Zakhida looked for chance to get a loan. As a result, she rented an office on her own in Kyiv and started an English school. Over time, she managed to find a small flat. Her ex-husband, a religious fanatic, disappeared somewhere with his new spouse and a huge child support debt. Samira, aged 9, became the winner of the World Championship on Mental Arithmetics in Antalya, Turkey (an amazing ability to count a great deal of numbers mentally). She speaks Crimean Tatar and performs folk-dances. They will not return to Crimea either.

Six years later, none will see them as the refugees with limited prospects for development and certificates supplementing their passports. This redemption story with one suitcase is known only to a close circle. They consider themselves to be like everyone else. 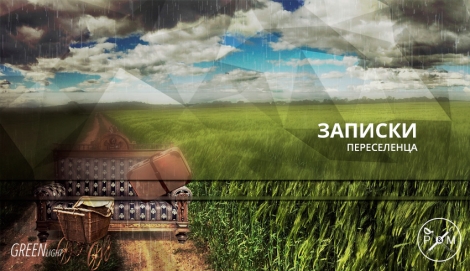 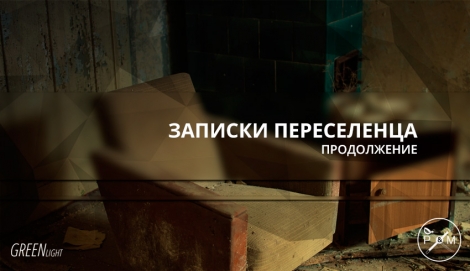