Terrorist Threat in the Steppes of Ukraine. Part I

While performing acts of terrorism across Europe, Kremlin persists in its attempts to dump responsibility towards Ukraine.
#
Russia
terrorism
misinformation 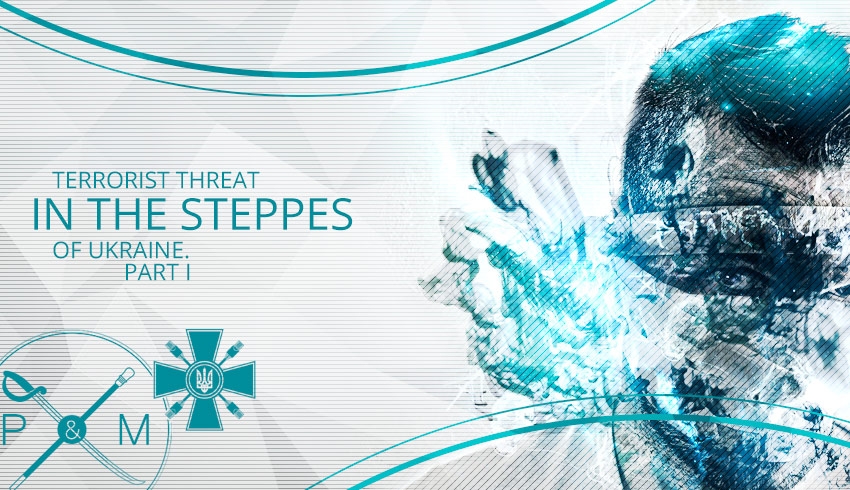 The trend of dehumanization of Ukrainian nation in the world media sphere was launched somewhere in the middle of 2013, when the Medvedchuk – Glaziiev team understood that their lavishly funded attempts to convince Ukrainian experts to reject the idea of European integration has failed.

It was at that very time that multiple pictures regarding “Gay-rope” or “Sodom and Homorrah” started appearing everywhere -  from fences to websites – as the prediction of the future awaiting for those Ukrainians who support eurointegration. Hatred towards Ukrainians reached its climax on the day of  fight between Klichko and Povetkin, which was lost by the Russian boxer. Tons of dirt were spilled onto the social net pages, where Russian audience attempted to revenge in any possible way for Povetkin's defeat in their powerless fury.

Russia began actively collaborating with Middle Eastern terroristic groups in 2012-2013 when information about ISIS and its action began spreading in the world media. Very many Jihadi fighters were recruited from Caucasian regions of Russian federation -  Dagestan, Chechnia, Ingushetia and others. These Russian regions were periodically raided and subjected to anti-terroristic operations. In fact, all the financial information regarding recruiting, training and dispatching the militants to the terroristic facilities in the Middle East was controlled by Federal Security Service. Same as the cashflow from drug trafficking, human trafficking and other criminal types of income.

At times, FSS launched  “clear-ups” in order to prevent competitors from entering the business which had to be controlled by Lubianka only. On December 13th FSS Public Relations Center annouced that “the Secret Service has stopped the activities of group of individuals who had been involved in funding the terroristic organizations ISIS and An Nusra Front”.

Yet it does not prevent Russia's Minister of Foreign Affairs Sergei Lavrov from meeting “kosher” (as defined by Russian Special Forces) terroristic organizations as Hezbollah, Taliban or Hamas. 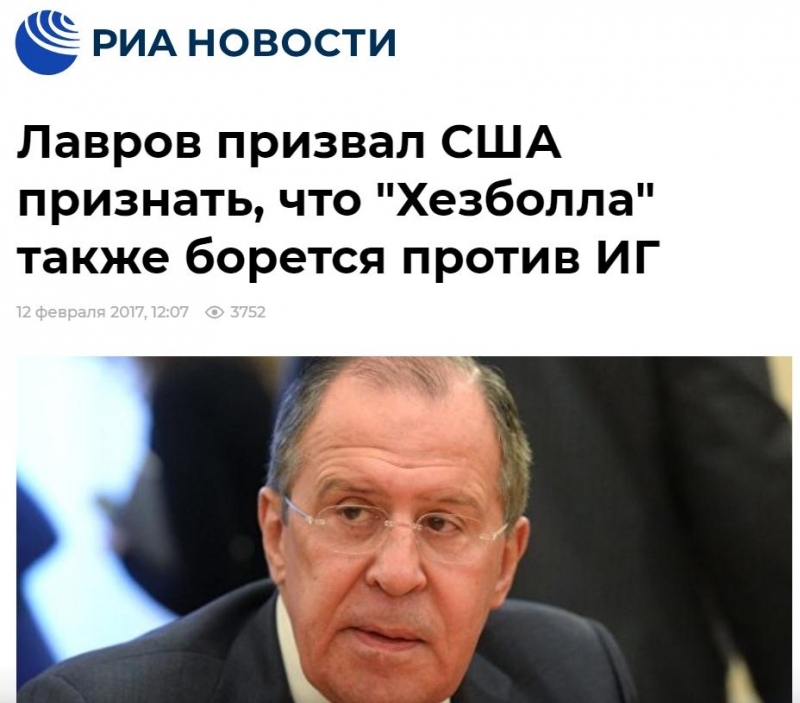 All of this is happening definitely not for the reason that Kremlin likes Middle Eastern conflicts so much. The actual reason is that political movements and illegal armed groups have always acted as Russia's instrument of influence on the Western world, Europe and USA.

The main thesis of Putin's and Lavrov's message to their Western counterparts is: the forces whose only aim is to destroy Western world and spread violence can only be controlled in collaboration with Russia. 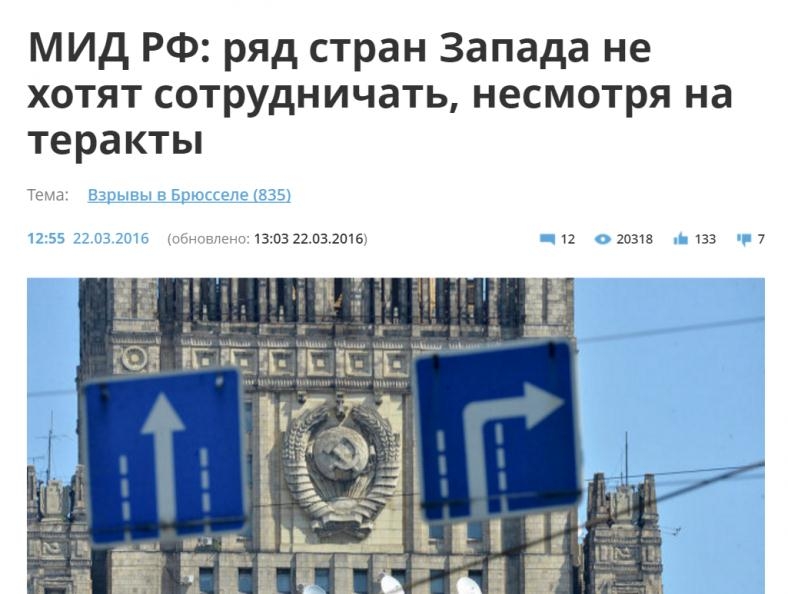 The last similar case occurred in Strasbourg, where four people were killed and eleven more  injured. Little is known about the suspected terrorist, apart from the fact that he is 29 years old, called Cheriff Chekatt. On the day before shooting, police had searched his apartment in connection with another case.

Experts have already drawn  public attention to the fact that shooting in the parliamentary capital of the United Europe occurred exactly at the moment when the issue of Russia's involvement in public riots in France grew beyond the level of  conspiracy theories and was being discussed at the highest levels. Hundreds of Russia-related social networks accounts were spreading false information about recent street rioting in France. According to European law enforcement officers, a large part of these accounts was generated artificially. The cyber protection company New Knowledge informed that those accounts have been spreading fake information using the pictures of manifestations and injured protesters from other countries in order  to enforce the image of the French police cruelty.

Having studied the recordings of fights between protesters and police, French enforcement officers found out that faces of several leaders of mass 'Yellow Vests' riots in Paris have already been noticed on street security cameras during public protests in Marseille. Those leaders usually incited the crowd to radical actions, disappearing right before the clash with police troops. This attests to the professional training of the provocators.

So now all the media are broadcasting news about Strasbourg tragedy, having pushed the Paris riot news and the Kremlin's unprecedented intervention in the domestic politics of one of the EU countries to the far background.

Examples of Charlie Hebdo, Paris, Brussels, Berlin, Nice, Cologne and other European cities show that such things happen at the exact time when they can bring the most profit to Kremlin. And in the context of Strasbourg terrorist attack, new calls from Russian side to join efforts in the fight with global terrorism and hints on cancellation of sanctions should be expected to appear.

At the same time as Russia was attempting to persuade Europeans that they became victim of terrorist attacks, Russian special services tried to impose the impression of Ukrainians as the collaborators of the world terrorism on the whole planet.

For this purpose Kremlin started spreading around rumours about creation of s-o-called “ISIS training camps on the Ukrainian territory” already back in 2015. From the very beginning Russian special forces have actively used this narrative to create a myth of Ukraine's involvement in activization of militants in Europe, and therefore to urge European leaders to cooperate with Putin in their efforts to fight against terrorism and to turn away from Ukraine. 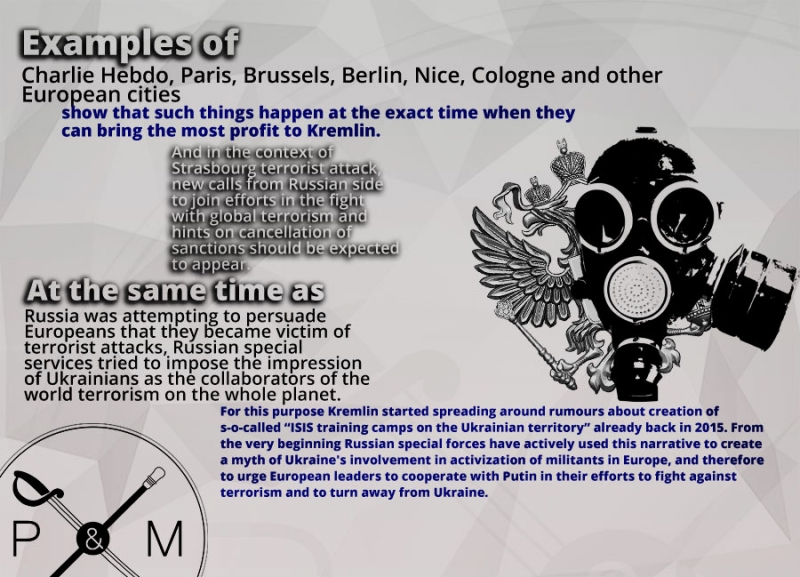 The largest informational special operation of Kremlin was launched in August of 2017, aimed at planting a fake in the foreign media regarding Jihadi camps in Ukraine. On December 25th, Crimean occupying power declared the launch and deployment of the counter-extremism programme. As per head of Federal Agency for Nationalities of Russia, Igor Barinov, (formerly a FSS colonel, suspected of being closely tied to Russian Special Forces), the reason for it was a supposed presence of radical groups on the territory of the Kherson region. His message was also backed up by the comment of Ruslan Belbek who is the representative of Crimean occupying administration, a so-called Deputy Prime Minister. “ We are informed about the existence of ISIS training camps in Kherson region” - he said to the Zvezda (“Star”) TV channel. But no facts or proofs to support these statements were ever presented.

On November 1st 2015 the same Zvezda spread the message of  Yegor Kvasnyuk, member of the Expert Group on Ukraine Issues of Russian Institute of Strategic Research (RISI),  that ISIS militants take part in Donbass war on the side of the Ukrainian Armed Forces , and also  "a large number of terrorists are situated in Odesa". The task was to demonstrate that Jihadi guerrillas get through Odesa  into Ukraine and then are able to leak to the East or to European countries.

The dissemination of the "ISIS-Ukraine" narrative  in Europe was inevitable and fast. The French Senator Natalie Goulet during her interview to the France Inter radio station on April 1st 2016 (right after the terroristic acts in Brussels on March 22th 2016) reported that "a Jihadist training camp exists in Ukraine". Later, commenting her statement  to the Ukrainian edition “Tyzhden” ("Week"), Senator said that the camp was operating in the Dnipropetrovsk region, and this information was given to her personally by the head of the Security Service of Ukraine Vasyl Hrytsak. The Security Service then confirmed that the meeting between the Senator and the head of the Ukrainian Intelligence Service had actually taken place, but the conversation did not concern the issue of ISIS.

It turned out that Ukrainian Security Service staff really detained two Russians, one Uzbek, one Kazakh and one Tajik in the city of Dnipro back in 2015 ; however, the statement made by the French Senator still made a certain negative effect on the French-speaking audience, who were already scared by the Brussels bombing. Later, Senator Goulet issued an open letter to the head of the Security Service, which indicated that her statement was distorted, accusing the journalist of falsification.But the journalist Alla Lazareva was able to provide the correspondence between her and the Senator, which showed that Madame Goulet had reported fake information officially.

After the Russians have committed an act of unmotivated aggression against Ukrainian sailors in the Kerch Strait area, which became the basis for the introduction of a martial law in 10 regions of Ukraine, Kremlin burst  with a new set of fake allegations and misinformation messages. Most of them are not worth attention, since only in the last 10 days there were thousands of similar ones. However, one of them is of particular interest.

First the Kremlin marionette Basurin, the speaker of the so-called Donetsk Public Republic ("DPR"), said that the Armed Forces of Ukraine "were planning to commit a chemical attack". This statement was accompanied by a bunch of pseudo-proof which did not look natural, yet this did not prevent the officials of the Russian Foreign Ministry from starting to spread this issue. Both Mariya Zakharova and Sergei Lavrov already came out with statements devoted to this subject.

It is interesting to note that the Russian side tries to attach Ukraine to its Middle East scenario in its narrative. This year, the Kremlin-supported Bashar Assad regime forces carried out a series of chemical attacks, mostly against the civilian population. To offset suspicions of a war crime and violation of international law, similarly to the situation with Boeing 777 (MH17 flight ), the Russian side have invented their own version.

According to the Kremlin, the chemical attack was a provocation of the White Helmets movement, a charity organization of doctors and rescuers who were  helping the civilian population in Syria. The Russian side is persistently promoting the idea of ”theyrenotthere", as well as "all of it was made up by Churchill in '18". By such statements they mean that all and everybody,  including children, whose sufferings were recorded on video, fell victims to the provocations of unknown pro-American forces.

Since the Kremlin propagandists are not capable of creating something  new and unique, they simply copypasted this story in order to again convince their audience, as well as part of the "useful idiots" in European countries, that Ukraine is preparing a provocation based on the "White Helmets" model, which was actually invented by Russians for  their own use. Sounds insane, but the monitoring of the information space proves the situation to be absolutely the opposite. Kremlin is now investing active efforts in this story and "assigns an attack to the last decade of December."