Since The New York Times journalists were too busy to actually check the facts, let us do this. About the “supplies” of rockets from “Yuzhmash” to Democratic People's Republic of Korea. 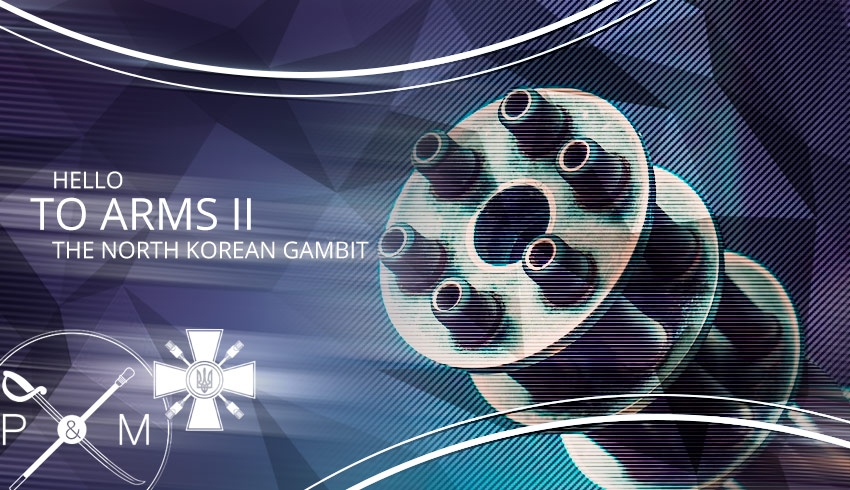 About a year ago in the international media space two stories appeared at once: a study of an expert on the non-proliferation of nuclear materials Michael Elleman, and the story at The New York Times by two Pulitzer prize winners from Singaporean office (which is peculiar) William J. Broad and David E. Sanger.

Both stories accused Ukrainian company “Yuzhmash” that it was their developments of rocket engines which were a foundation of successful development of North Korean nuclear program. Elleman claimed (and was quoted by journalists) that North Korean continental ballistic rockets are set up with the RD-250 engines, which (according to his information) are produced on four factories of ex-USSR, one which being “Yuzhmash”.

The RD-250 engines indeed were produced in Ukraine by “Yuzhmash” until 2001, by the technical documentation of Russian “Energomash” corporation. They were used actively in two projects: Tsyklon-2 and Tsyklon-3 rockets, which were produced on “Yuzhmash” for the Russian Federation. Basically, Russia obtained all the engines manufactured. A number of Ukraine officials stated this — an interim director-general of State Space Agency of Ukraine Yuriy Radchenko, and the patriarch of Ukrainian national security Volodymyr Horbulin (quite familiar with rocket technologies).

And here’s where the interesting part starts. Ukrainian experts Radchenko and Horbulin theoretically share the Elleman’s concerns. Because to not only master, but also to put in mass production a technology like this, you need not years — but decades. And Elleman made his conclusions based on just the photos of the parts of rocket engines from North Korea. So, apparently, North Koreans, who were able to produce engines like this in mere two years, simply took an already product. And the question is, where did they got it from?

It is a known fact that Russia stores from 7 to 20 Tsyklon rockets. This are piece goods, you cannot simply lose a rocket as you could with a paper clip. But one knows exactly how much of “pieces” they have kept. A simple calculations say that Russian Federation possesses 28 to 30 RD-250 engines (four modules per rocket), and also have a documentation and an experience of using them. And more even, if North Koreans somehow, by a miracle, invented and produced these engines — they would need dinitrogen tetroxide (unsymmetrical dimethylhydrazine), which serves as a fuel for these engines. And the technology of it is owned by … surprise! By Russian Federation.

But at first Elleman didn’t give up, as he was a target to blame, not the journalists. First he came up with a version of “possible supplies”. Later, when the former director of State Space Agency of Ukraine Oleh Uruskyi commented to DW on how this is impossible, based on the system of Ukrainian export control, which was created by Americans — then the version of illegal stealing of rocket engines appeared. What that would be, were the engines carried out in a pocket? Just someone stealing a 1750 pounds of super complicated piece of metal from the “Yuzhmash” factory? Is this a joke? Not quite funny, really.

In two months after the scandal, where the esteemed Elleman deleted his Facebook and Twitter account and took back his words in the articles, Ukraine was visited by a brave journalists of the American “Vice News”, which shot the video story of how engineers of “Yuzhnoye” Design Office suffer from being paid so little… And the context of the story suggests that perhaps mistreated Ukrainian geniuses could simply drew the blueprints of rocket engines by memory, trade them to North Koreans, who, I don’t know, perhaps ate those blueprints on the border check, but still were able to construct the engines, again by memory… 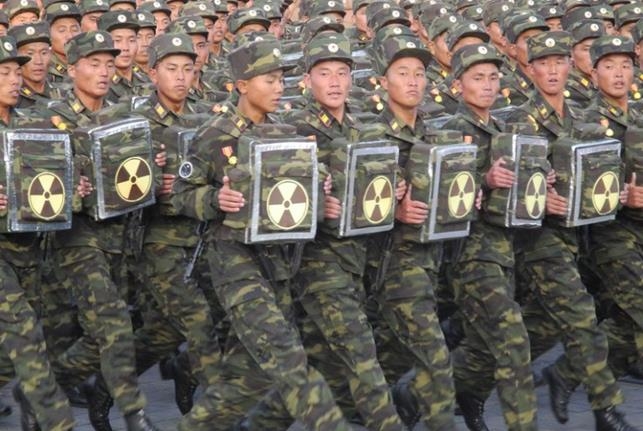 It might of course seem as a conspiracy against Ukraine, but in reality this is nothing more that stupidity and the greed of journalists. Let’s get back to our Singaporean authors of New York Times. Apparently, despite the advanced age and being honored with Pulitzer prize, both journalists prioritize chasing the sensations, for long 20 years…

In 1998 Sanger quotes an unnamed source in the intelligence, that there is a bomb producing factory found in North Korea. 20 years later, at November 12th 2018, Sanger and Broad claim that there’s sixteen nuclear bases already on the territory of North Korea — based on the information published by the CSIS center, where the already familiar to us Michael Elleman worked.

American non-mainstream press suggests that this situation is looking alike to a story of 2003, when journalist investigations of Judith Miller of supposed possession of nuclear weapons by Iraq, was one of the tools for a public encouragement of American invasion into Iraq. A host of CNN late night show John Stewart later directly asked Judith, whether she realized that as a journalist it supposed the political agenda of the government.

We must remember that all these stories by journalists happen on the background of disclaimer, which Elleman’s colleagues thoughtfully added to their repost, which was used a foundation for Sanger’s article. To not get themselves in the trouble with accusations against Ukraine, on the page of the story about the 16 bases in North Korea it is said now: “Some information used while preparing this report may in the end be incomplete or wrong”. In the same time, the authors express the hope that their work will be helpful for those who make decisions… Oh, of course. Some people in Kremlin who are interested in any kind of destabilization in Western countries, and especially in Ukraine, will most surely find this information helpful…

There is yet another peculiar fact about the Sanger’s job — not only was he actively cooperating with WikiLeaks, but since 2010 was for serving for them as an executive contact of the media publisher. But let’s forget about Sanger for a moment, after all, he’s but a journalist, what would you expect from him. L:et’s get back to rocket engines, and where did they came from, after all?

Russians started to undermine the “Yuzhmash” image long before the article of the supposed transferring of rocket technologies to North Korea. Their motives are pretty understandable. On one side, the competitor rocket technology state kind of harms the image of Russia as the only space nation of the former USSR. On the other hand, under the cover of the wave of accusations against Ukraine, some weaponry which shouldn’t be there can be smuggled to some countries.

A second version appears to be quite credible if you consider the background of the infamous investigation of Elleman, and the article in The New York Times with his comments. A week before the widely covered article with the accusations against Ukraine, at August 9th 2017, DW published an interview with a 74-year-old rocket engineer professor Robert Schmucker, which captured little attention. In his interview he also suggests that someone is being helping to North Korea with its nuclear program, but he makes an accent precisely on Russian Federation.

In his interview, Schmucker says: “Not necessarily this was a Russian government. But rockets or their parts are coming from Russia, and perhaps from some ex-USSR countries which might have had these rockets. I do not claim that this is a work of some government. This may be some non-government structures, some individuals, or the organized crime groups. But there must be some people which transfer the components of rockets to North Korea, and then help Koreans to master these rockets…”

“… Here we can see, — comments Schmucker on his observations of North Korean launches of SCUD, — that the engines used in these rockets absolutely sure were coming from Russia”.

So we can suggest that Elleman’s was simply set up by the journalists of Singaporean office of The New York Times. Because they did not covered the fact that engines is a product of Soviet military industry, and they may have been stored on four different plants, three of which are Russian (say, “Energodar” in the Khimki city), and one of them is Ukrainian “Yuzhmash”. In his commentary to the “Voice of America” Elleman emphasized that he doesn’t know which other sources were used by the journalists to present his words in this kind of anti-Ukrainian context.

Finally, it would be necessary to mention that Elleman’s spouse is Russian, and he himself is a big admirer of Russian culture, and even worked in Moscow for a few years, when he was a head of American part of bilateral commission on the missile reduction of US and Russia. 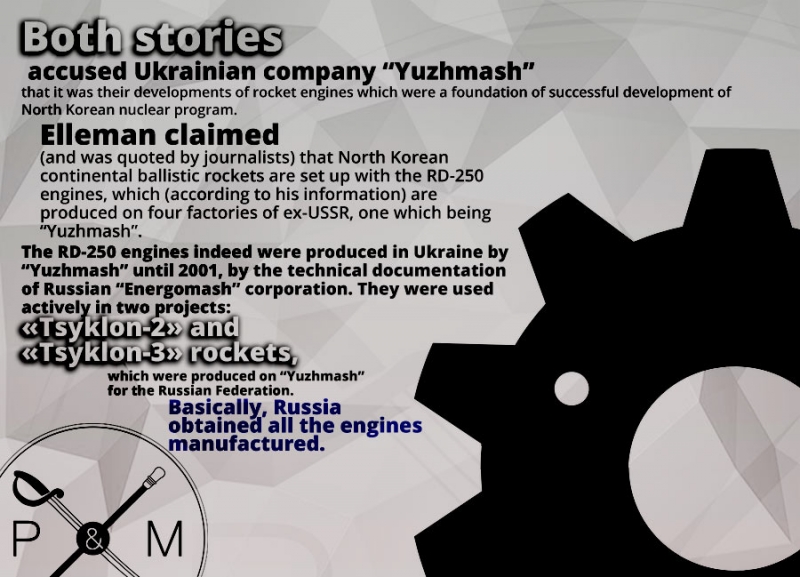 At November 1st of 2017 Yevgeny Prigozhin-affiliated Russian source akin to “RIA FAN” started to spread the fake news that the US Congress assigned the responsibility for the supply of the rocket engines to North Korea components on Ukraine. In reality, Congress has set a task to the National Intelligence and the Secretary of State to investigate the truth. And it was Russians who came up with the “Ukrainian trace”. It is quite easy to get to this fact, you just need to read the bill H.R. 4123 “North Korea Ballistic Missile Investigations Act”.

Of course, National Intelligence of USA got to the truth. But the bad aftertaste in the world media space didn’t disappear. And the Russia is no doubt supplying the North Korea which weapons and technologies, while in return Pyongyang can always take some destabilizing actions when it is needed to divert the attention of Washington. And of course, Pyongyang pays off with the slavery work of its citizens building the different objects on the territory of Russian Federation, including the infrastructure for the 2018 FIFA World Cup. Who knows how many of them perished from cold, undernourishment and violation of safety while building those stadiums.

In February 2016 Lee Cheol Woo, a deputy of the South Korea ruling party Saenuri, claimed (referring to countries’ intelligence agency) obtained the crucial parts of the long range rocket, which was tested by Pyongyang, from Russian Federation.

Any and all speculations about supposed responsibility of Kyiv in transferring of sensitive military technologies to a dictators — is preposterous, at least.